I THINK THIS IS WHY I HAVEN'T SEEN A REAL GRAVEYARD RABBIT YET..

A week ago Sunday I was driving through the Mt Vernon Cemetery and
took some pictures of some of the birdhouses people have hung nearby the
graves. I'm not sure but I suspect the reason is because their departed loved
ones might have been birdwatchers: 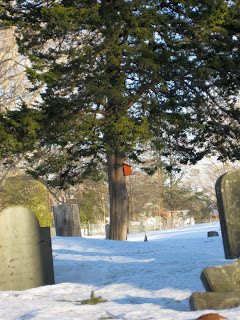 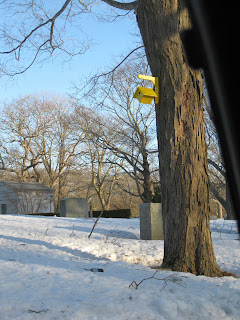 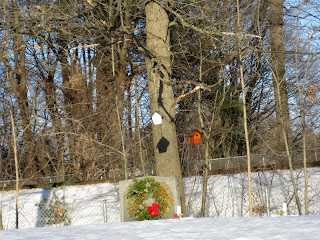 But as I made my first pass through, I saw a large white bird fly overhead. I knew
immediately it wasn't a seagull. Before I could take a shot of it, a car came down
road from the opposite direction and because of all the snow, it couldn't pass me
easily. So I backed up until I could find a wider spot in the road to pull over and
let the lady pass. By the time she had, I'd lost sight of the bird and whatever
direction it had flown off to,so I drove off to the grocery store to do my food
shopping.

I decided to take a chance on another drive through on  my way home. I was
taking some more pictures from my car when another car came up behind me.
I drove up to a spot overlooking the pond and pulled over to let him pass, and
I looked around,and spotted the bird off in the distance sitting on a tree branch.
Even that far off I could tell he was a big fella. So I took my pictures with the
zoom function of the camera: 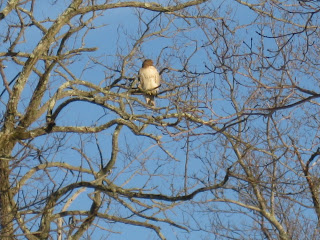 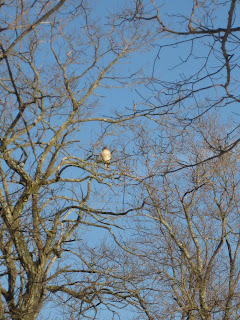 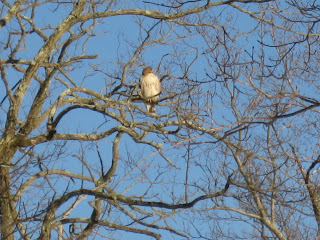 I found an online website for raptors of Massachusetts. It turns out it's a red-tailed
hawk. Now I'd never seen this bird at Mt. Vernon Cemetery before. But, as I said
in the title of the post, he might also be the reason I haven't seen any "graveyard
rabbits" bounding about the place, either!
Posted by Bill West at 5:50 PM 1 comment: Links to this post

I took another swing through Mt. Vernon today. I was hoping to get
some interesting pictures because of the bright sun perhaps causing
more shadows from the tombstones. So I drove through the back entrance
and around on the outer perimeter by the fence near the railroad tracks
stopping the car to take shots here and there: 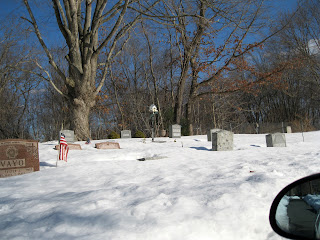 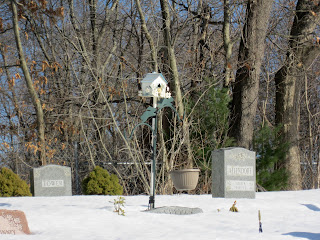 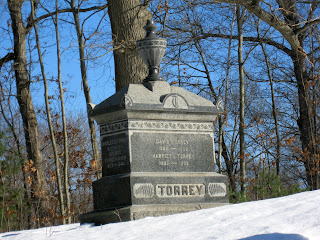 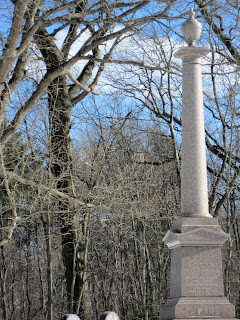 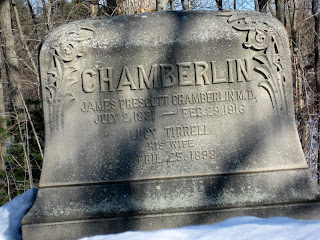 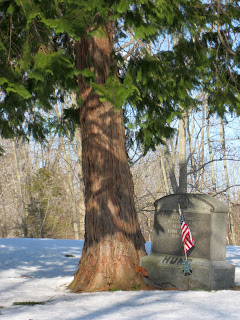 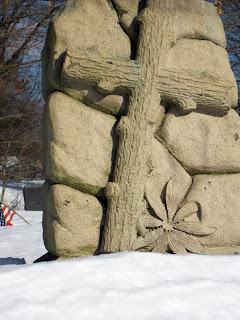 Now there was one monument that got my attention because of its ornate
detail so I took a few more pictures, including a closeup of the detail and of
the inscription plate: 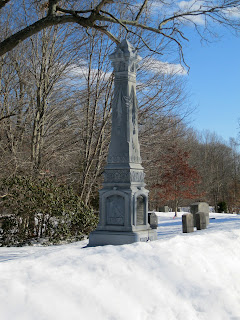 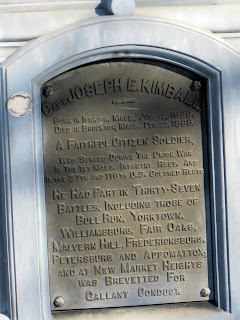 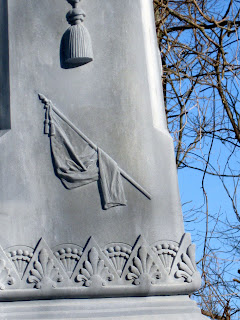 I drove on through and out of the cemetery, then went and did some laundry.
Later this afternoon I loaded the pictures onto my laptop and then uploaded
them to a new album on Facebook. Tonight I took a closer look at the name
on the inscription: Joseph E. Kimball. I took a quick look at Rootsweb to see
what information I could find on him, because I do have Kimball ancestry from
the Ipswich area of Massachusetts.

And i was, as we geneabloggers say, gobsmacked.

Joseph E Kimball was married to Susan Ford Dunham, daughter of Brigadier
General Henry Dunham, whose family plot I stumbled across a few months
back. And Henry was the brother of Cornelius T Dunham whose plot I discovered
yards away from my parent's burial site last fall. And there were other Dunham
cousins buried at the top of the hill at the other end of the cemetery. I've blogged
about all of this in the "A Family Reunion of Sorts" series on my genealogy blog.

But what are the odds that I'd find all of these distant unknown cousins all buried
in the same cemetery with my parents? I've never been all that superstitious, but
suddenly, I'm thinking it was more than luck that led me to all these graves.
Posted by Bill West at 10:33 PM 2 comments: Links to this post

This has been one incredible Winter in the Boston area. We've had
over 70 inches of snow in most areas so far, 80 inches in some places,
and we still have two months to go to Spring. It could well be mid to
late April before the last stubborn snowpiles in parking lots finally
melt away!

Once again today I took a drive through Mt. Vernon Cemetery. Many
of the older, smaller gravestones are completely hidden from view by
drifts and only the tops of newer taller headstones poke through out of
the snow. Not even the taller monuments are immune, snow obscuring
their bases in some cases. 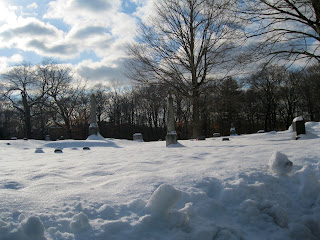 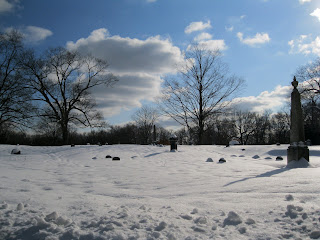 I have come to appreciate the wisdom of only plowing out the road around
the perimeter. With the snow so high, it would be terribly easy for some
of the headstones close to the road to be smashed by the plows or be broken
by the weight of the piled up snowbanks. 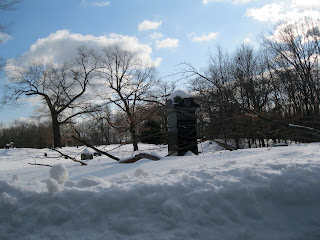 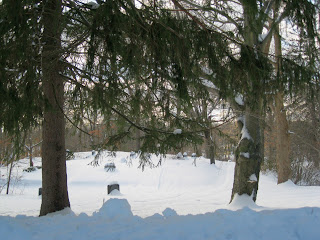 So for now, I'll have to contine to be patient.  Spring will come eventually, and
it will be that much more the sweeter for having to endure this Winter first. 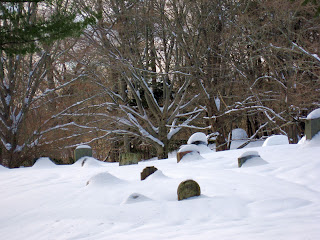 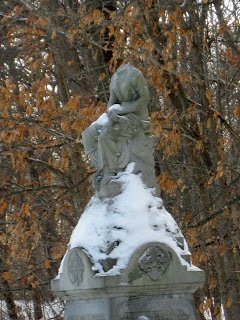