I knew that my 5x great grandfather Caleb Benson had been buried here but
while I found headstones for many Benson family cousins, I didn't find
Caleb's on this trip:

About a week later I made a return visit. It appears Caleb's original
stone had been destroyed by weather or vandalism and after searching
around a bit I found a newer marker for him : 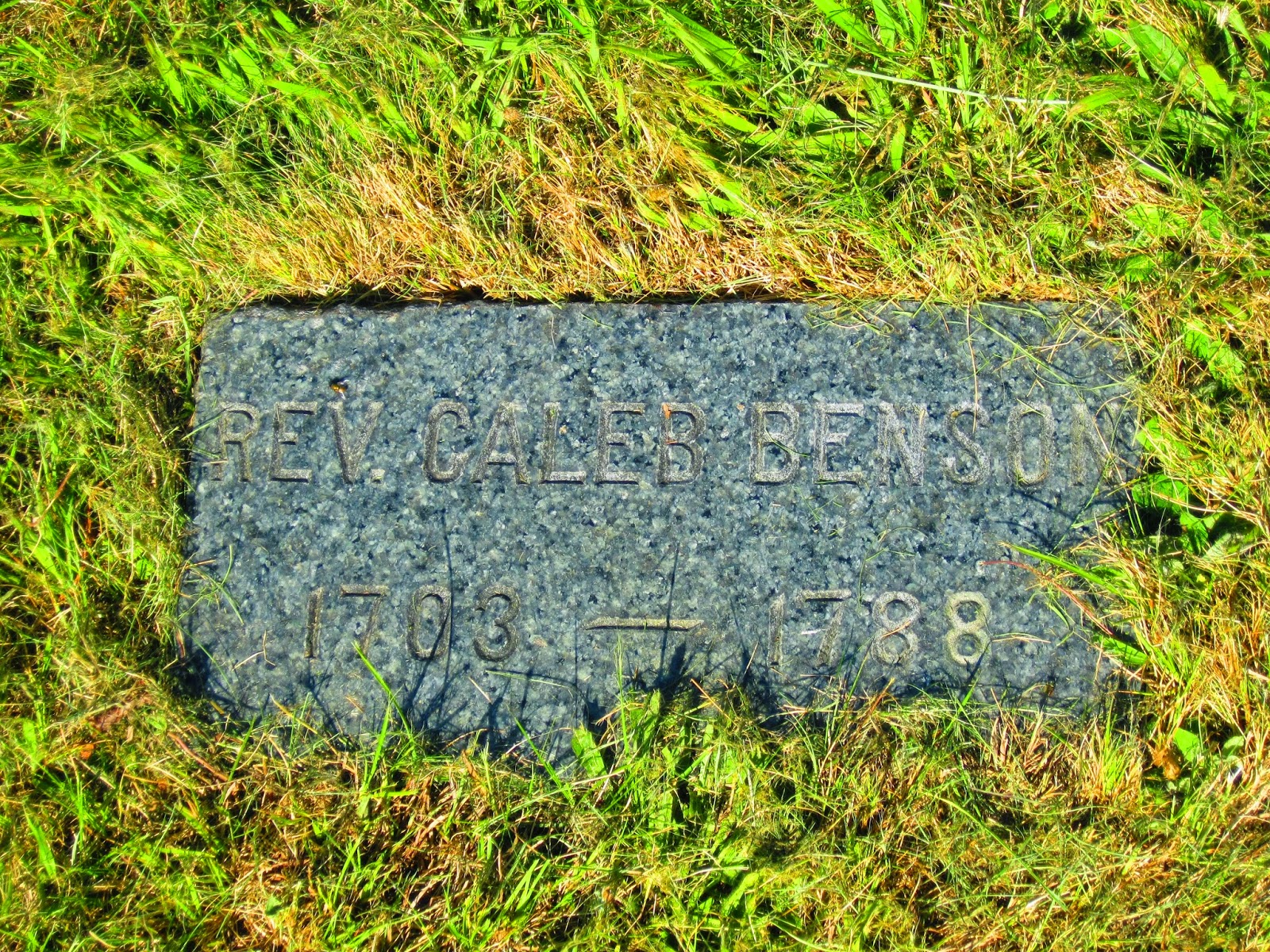 This marker was the first hint I had that Caleb was a clergyman.
Posted by Bill West at 1:58 PM No comments: Links to this post 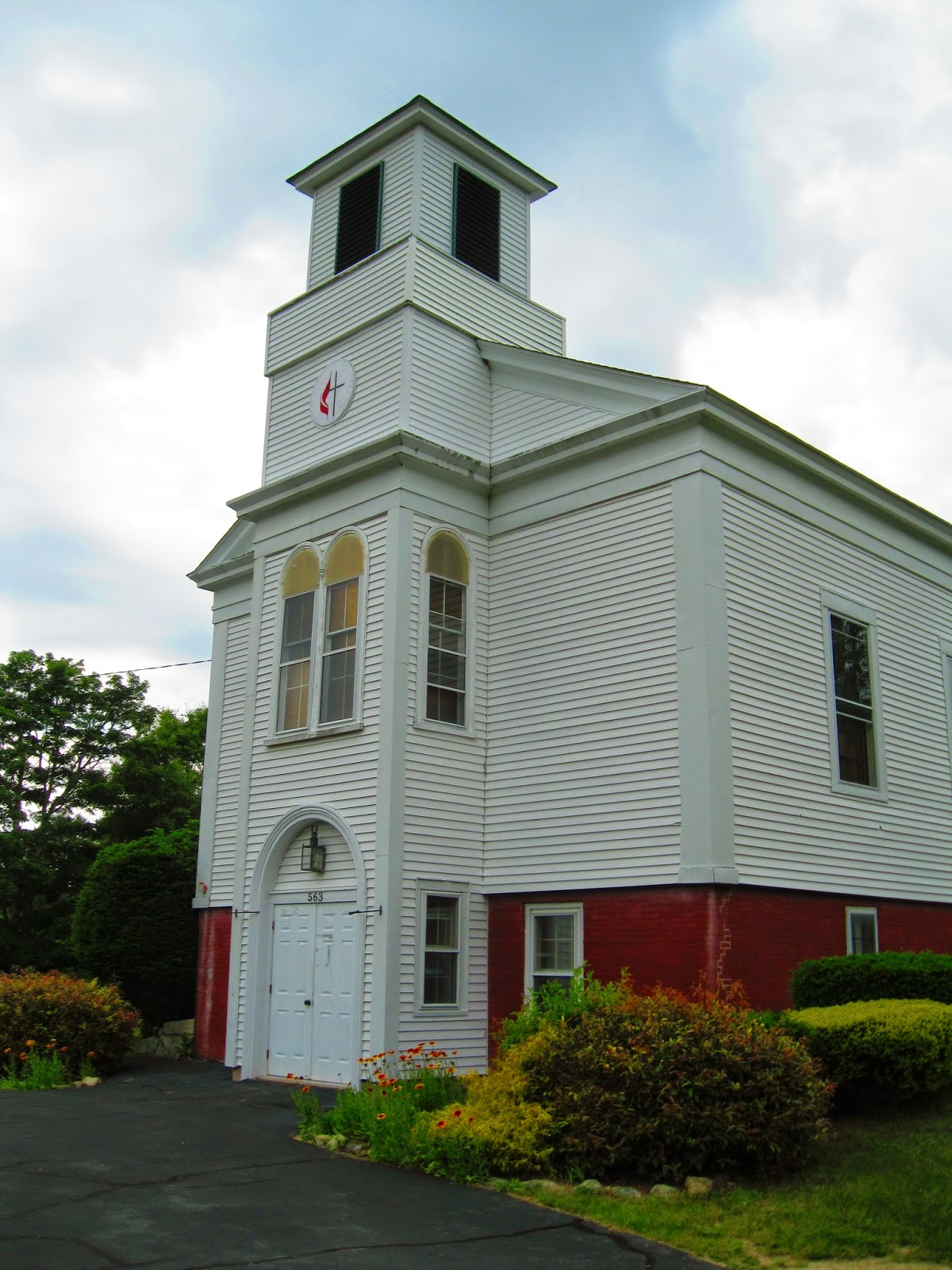 The South Middleboro Cemetery is located on the grounds of the South
Middleborough United Methodist church in Middleborough, Ma. The two
different spellings come from the New England custom of dropping the old
fashioned spelling for a shorter version of the name. There are a number
of towns in Massachusetts that may be spelled officially with the "borough"
but are frequently spelled with the "boro" unofficially.

Besides the shorter version fits better on many signs 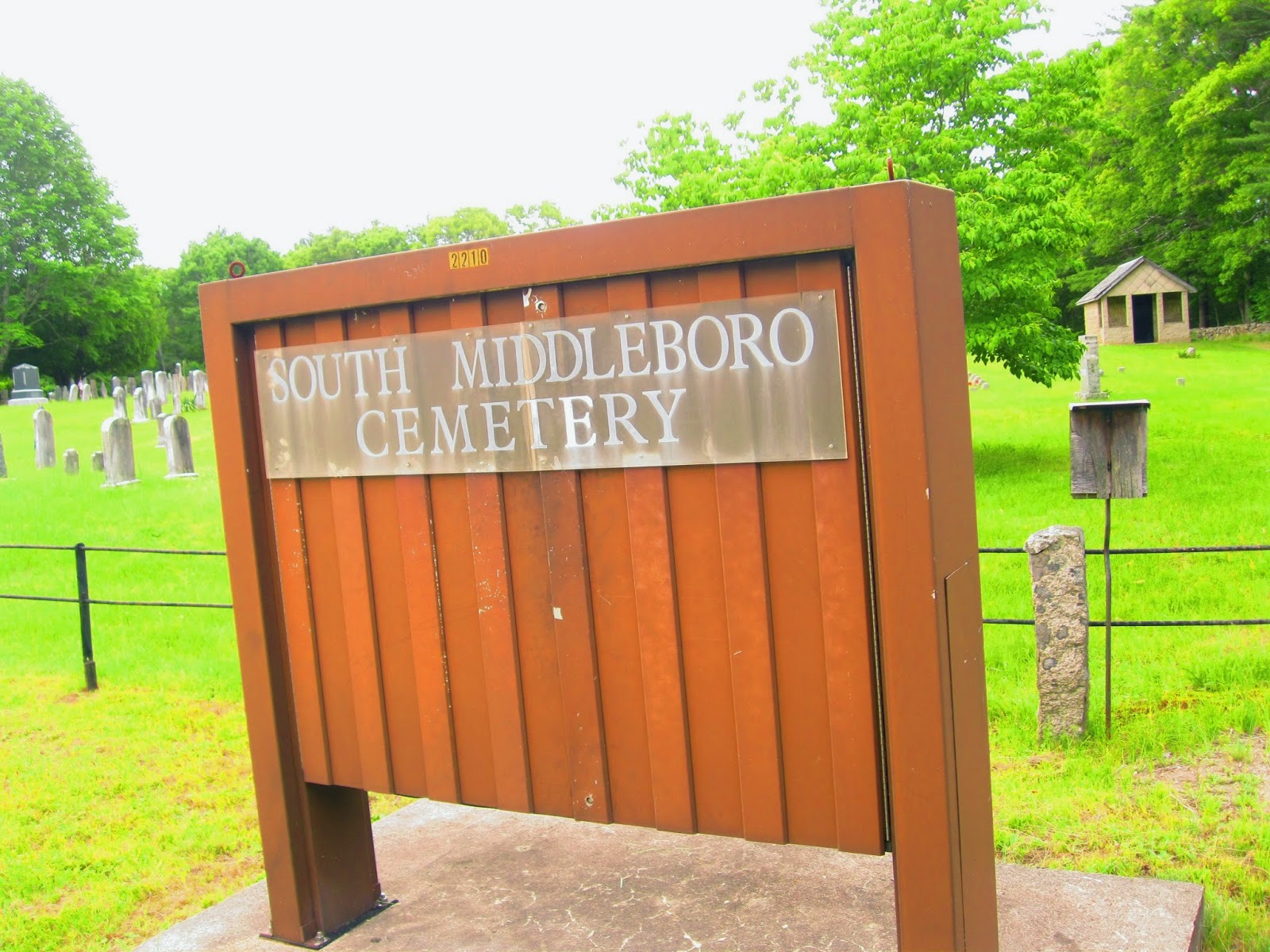 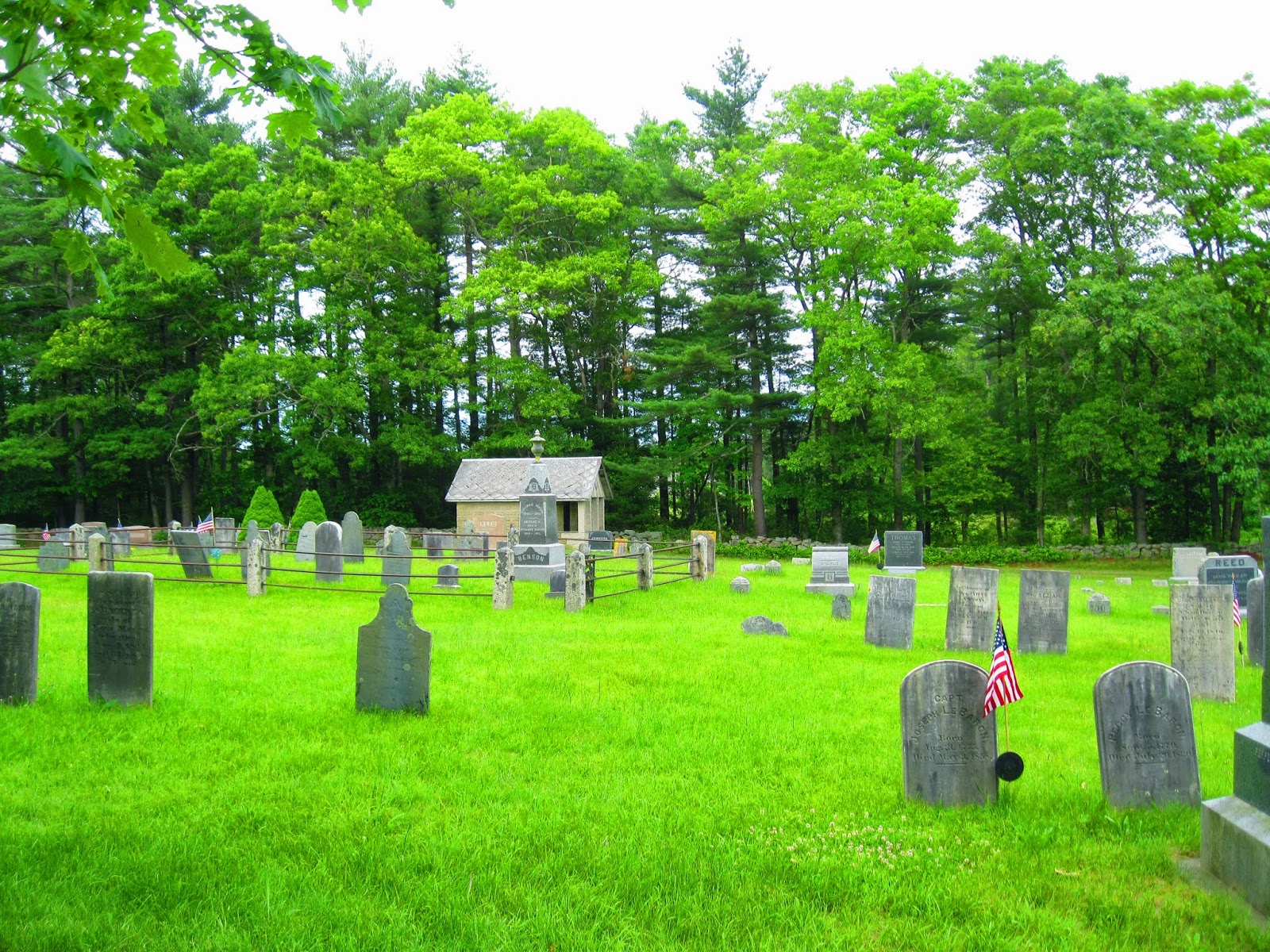 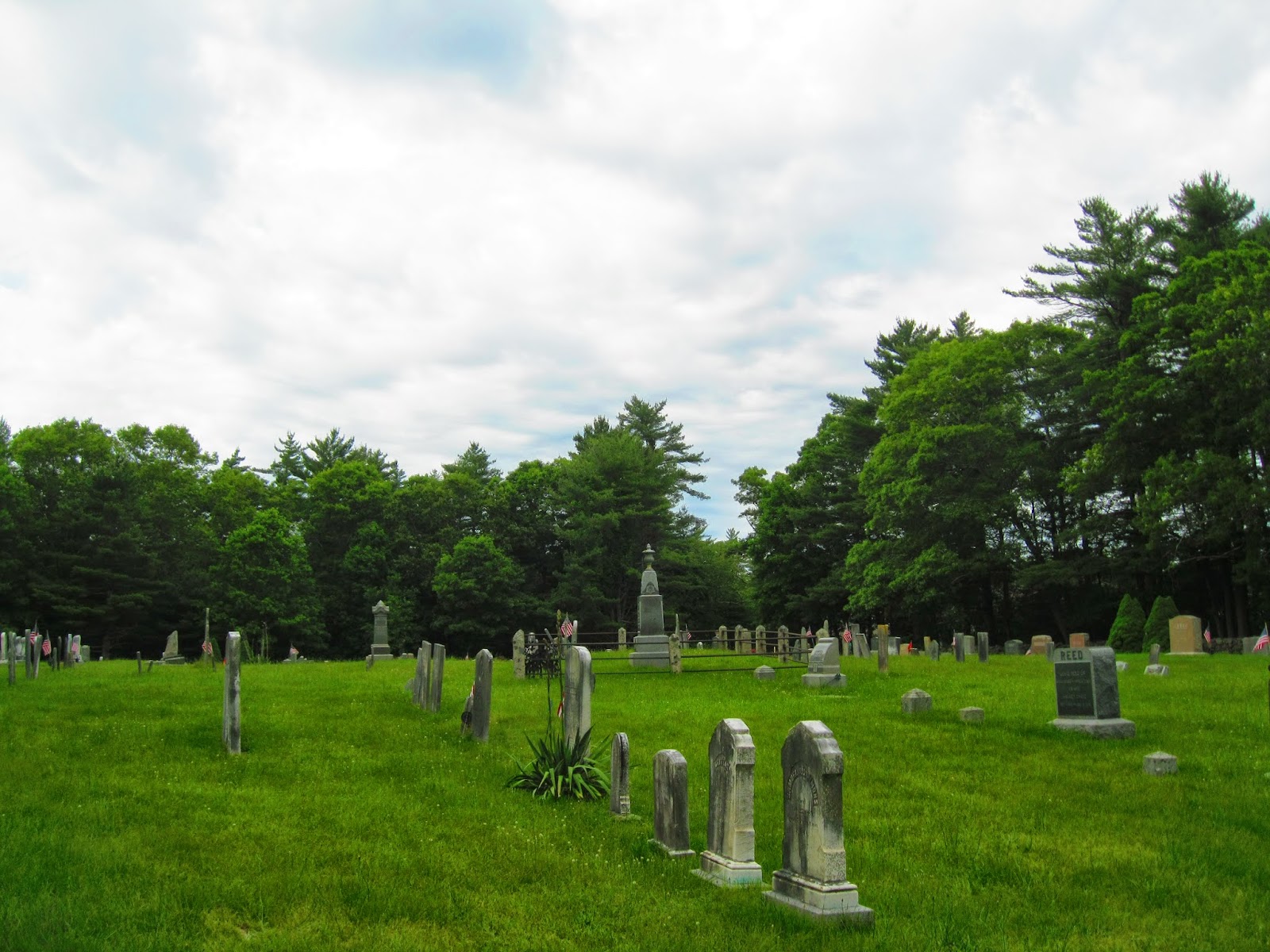 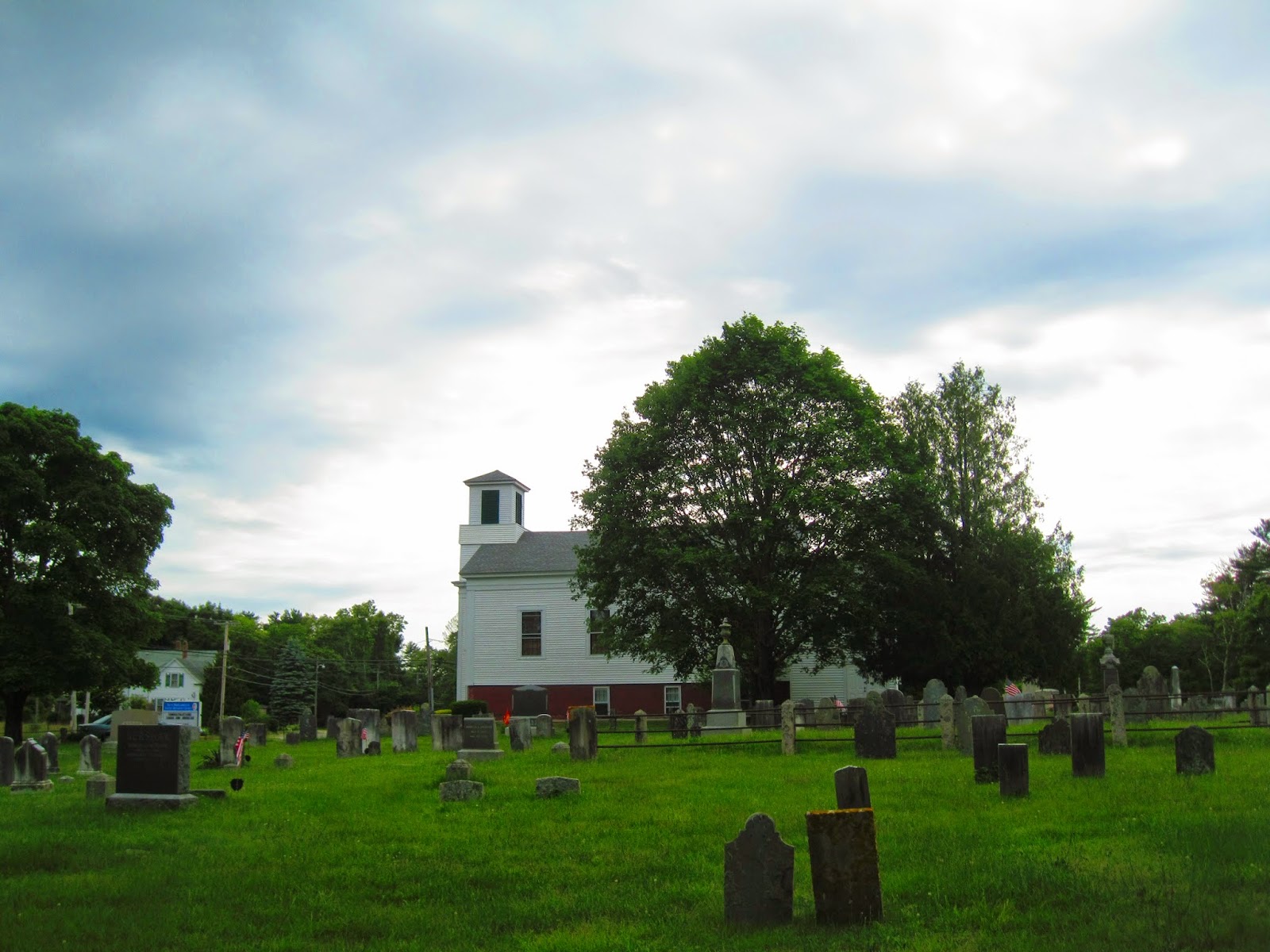 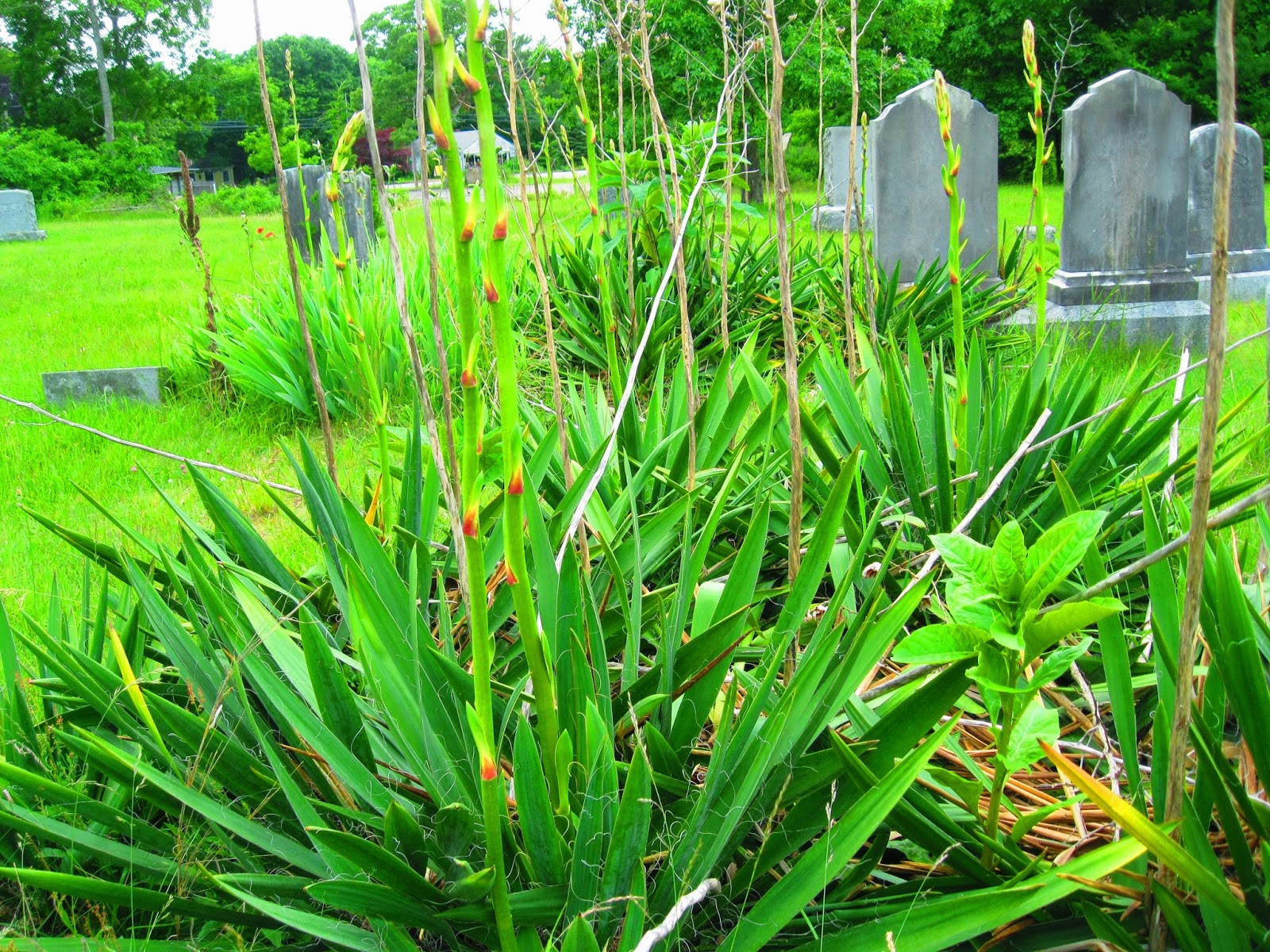 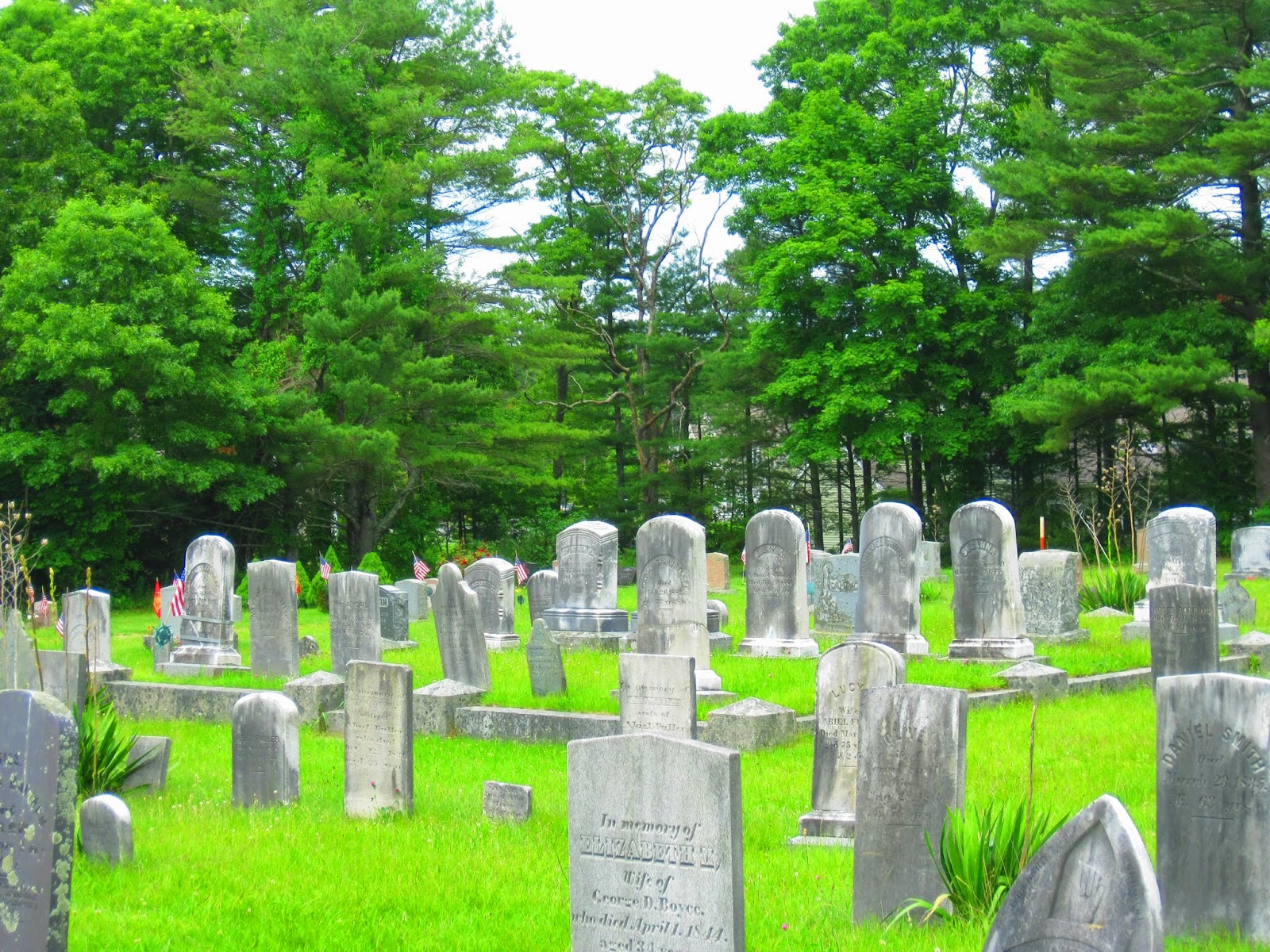 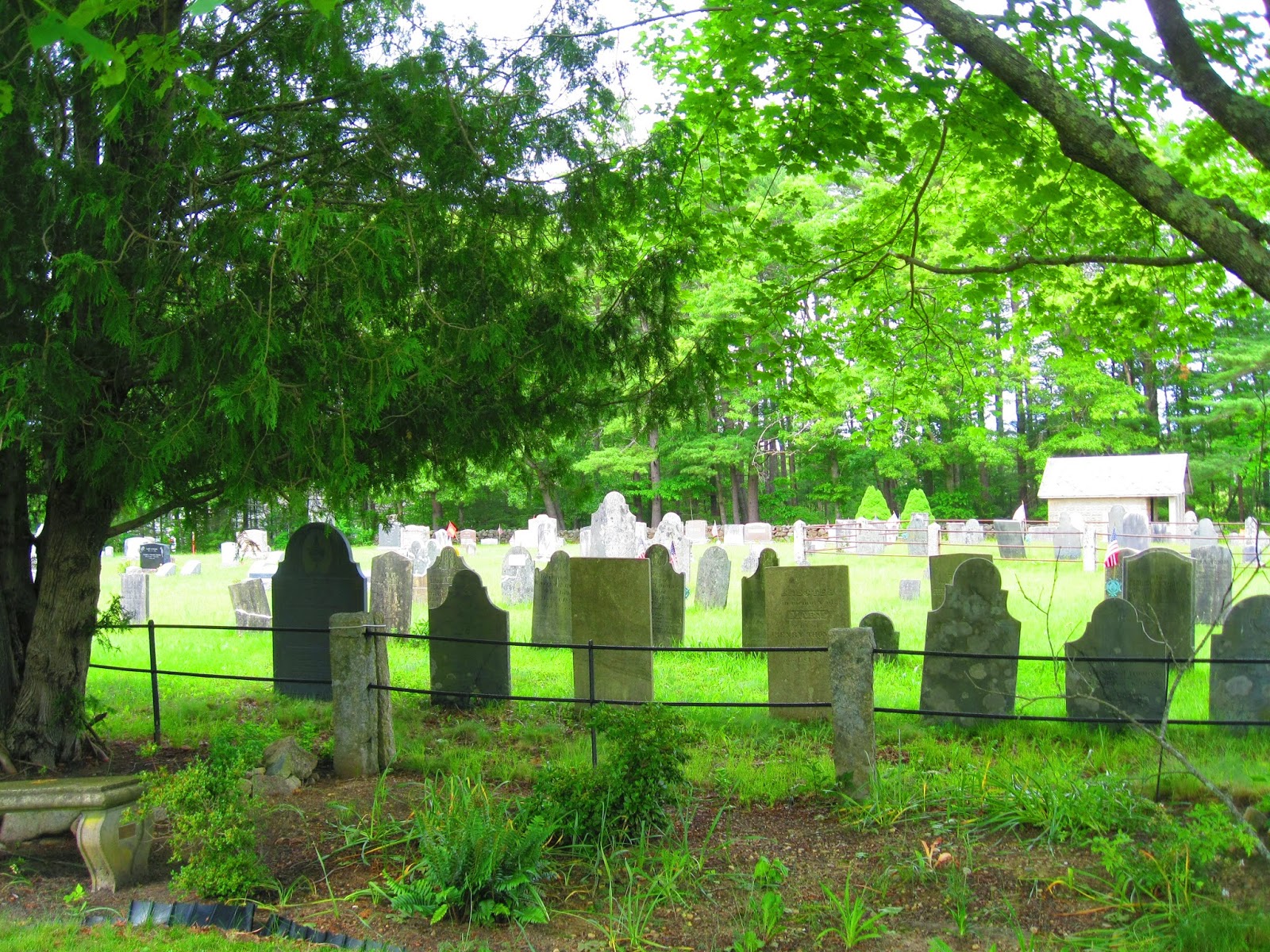 Posted by Bill West at 10:37 PM No comments: Links to this post

A few years ago I was visiting the South Middleboro Cemetery in Middleboro
Ma. looking for graves of my Benson relatives and came across a set of headstones
that caught my attention even though they were not for any of my relations. Living
in Massachusetts I've visited many old cemeteries and seen various methods of
preservation for deteriorating headstones such as the framing on these. But there
were two things about these that I had never seen before. One was the concrete
base. None of the other headstones in the cemetery had it and whoever had made
it was probably trying to both prop the stones up in a secure position and prevent
them from sinking into the ground: 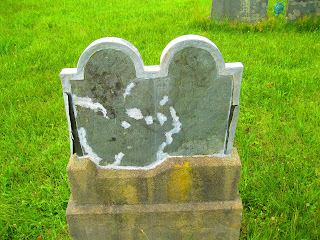 The other item were the metal plates fastened to the backs of the stones. They
had more information added to the text of the original inscriptions(I've boldfaced
the parts I believe were added): 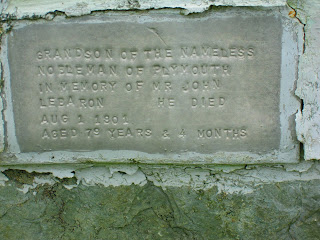 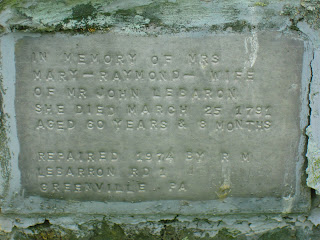 Next to these there was another repaired gravestone. The metal plate
was fastened to the front of this one: 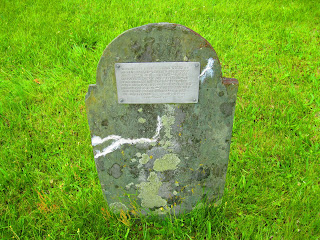 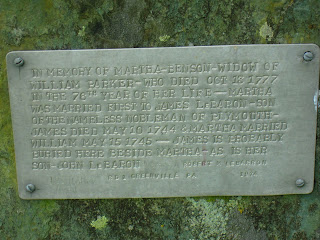 Posted by Bill West at 12:22 PM No comments: Links to this post