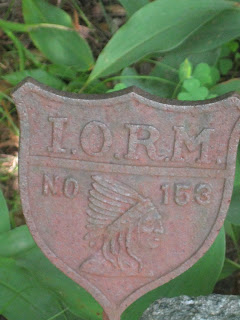 One of the things that I noticed when I first started taking cemetery photos
were the assorted medallions placed near gravestones. So I thought I'd feature
some here from time to time. Due to the recent rash of thefts of such items
from cemeteries I won't disclose the location of these items to protect them from
metal thieves.

This first one has the initials I.O.R.M. which stands for the Improved Order of
Red Men. This was a fraternal group organized back in the late 19th century that
claimed it was descended from the Sons of Liberty from the American Revolution.
The Indian theme was based on the Boston Tea Party when the Sons of Liberty
disguised as themselves as Indians,

"No 153" is the lodge of which the deceased was a member.

When I researched this medallion I thought I'd read about the I.O.R.M.
somewhere before and a quick google search reminded me of where it had
been: an article on Heather Wilkinson Rojo's Nutfield Genealogy about the
Boston Tea Party that you can read here!
Posted by Bill West at 9:03 PM 2 comments: Links to this post

When I visited the Marshfield Hills Cemetery two weeks ago I saw what
for me was an unusual tomb. The inscription over the entrance reads
"Friend Tilden !879 "  There are two panels of inscriptions at the entrance,
one that apparently broke free and then split in half. Only the bottom of
that panel is visible; the larger top half is leaning face first against the
entrance. The part I'd never encountered before are the headstones lining
the entranceway. They are for the same people listed on the tomb panels.
Is it possible that Friend Tilden or his family had the remains of his
parents and other relatives moved there from their original resting places
and included the original headstones in the move?

As I said, it's the first time I've seen something like this. But I'm still a
relative newbie in exploring cemeteries. Has anyone else ever seen
this sort of arrangement in their own explorations? 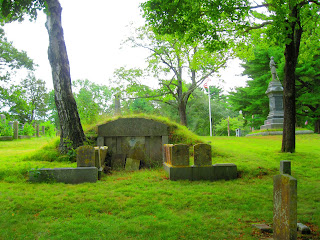 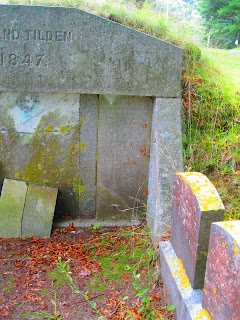 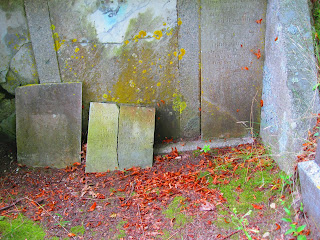 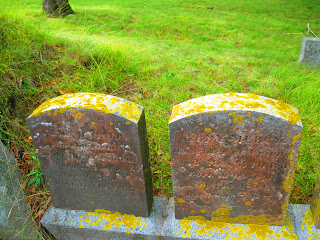 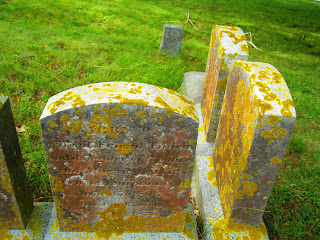 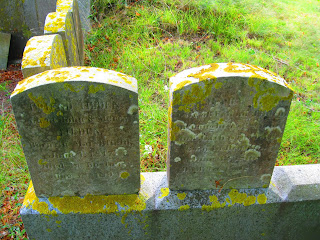 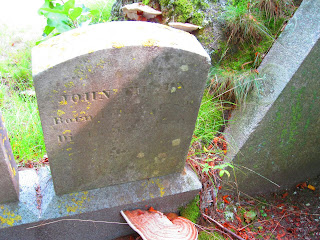 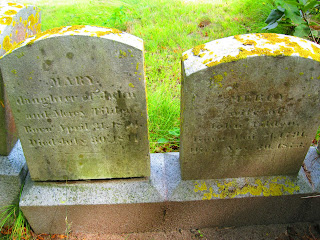 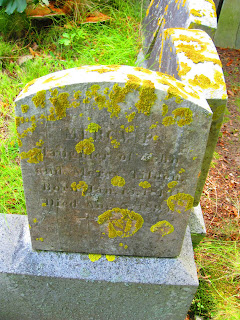 Posted by Bill West at 9:00 PM No comments: Links to this post