For this week I'm returning to one of my favorite cemeteries, Cohasset Central Cemetery.
This family monument caught my eye: 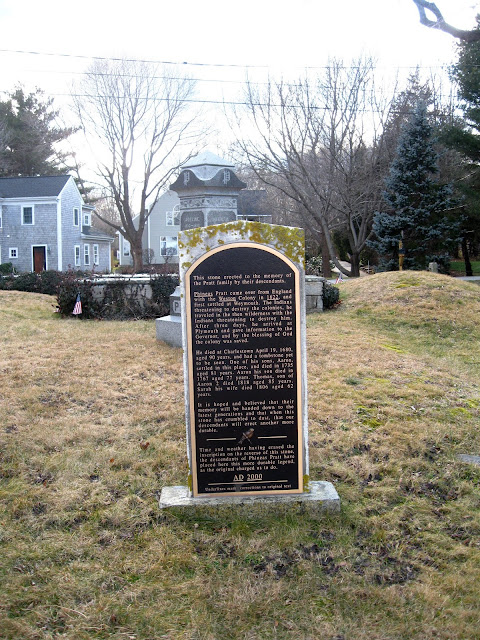 It's a memorial to Phineas Pratt and some of his descendants. Here's a closer view
of the inscription:

This stone erected to the memory of
the Pratt family by their descendants.

It is hoped and believed that their
memory will be handed down to the
latest generations and that when this
stone has crumbled to dust, that our
descendants will erect another more
durable.

__________________
Time and weather having erased the
inscription on the reverse of this stone,
the descendants of Phineas Pratt have
placed here this more durable legend,
as the original charged us to do.


The story about Phineas Pratt can be found in many books on Plimouth Plantation.
Because I live in Abington, just south of Weymouth, I've also seen it mentioned in
a book about the history of Abington.

I think it's great that the family descendants added a more lasting copy of the inscription
as their ancestors wished.

And I think that bird is a red-tailed hawk.